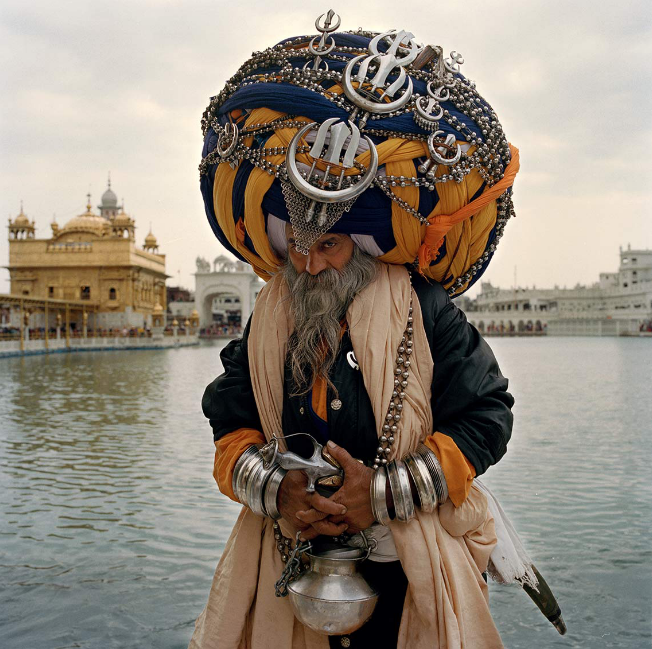 There seem no bounds to the magic and mystery of India. Mark Hartman’s stunning portrait series of Nihang Sikhs, titled ‘Bole So Nihal’, is testament to this. The portraits were taken in Amirtsar and Anandpursahib, in Punjab, Northern India, where Hartman was granted unprecedented access to the Sikhs.

The warrior traditions of Nhang Sikhs have existed for for over three hundred years. Established in the 17th century the Akali Nihang order was conceived by Guru Gobind Singh (the last of the Sikh gurus) to fight the growing Mughal threat in the Punjab and preserve the Sikh way of life.  “Nihang”, a Persian word meaning Crocodile (or mythical sea creature), was the name given to them by the invading Mughals. Mughal historians claim this is a reference to their fearsome fighting techniques. They are also referred to as Akali, meaning “the eternal”, hence they are sometimes referenced “the army of the eternal”. Their distinctive blue outfit involves a foot-high turban with a “dumala” on top, and they are heavily armed.

The Nhang Sikhs is a time honoured tradition and they now play a purely ceremonial role in the community. 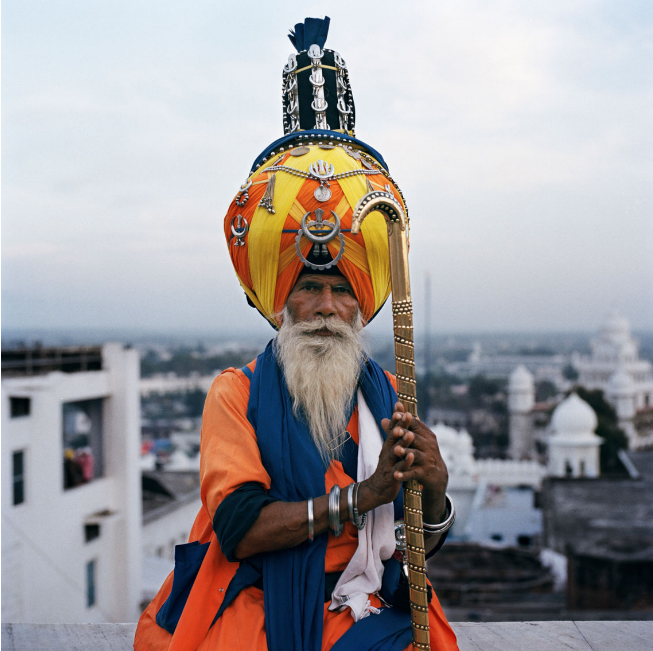 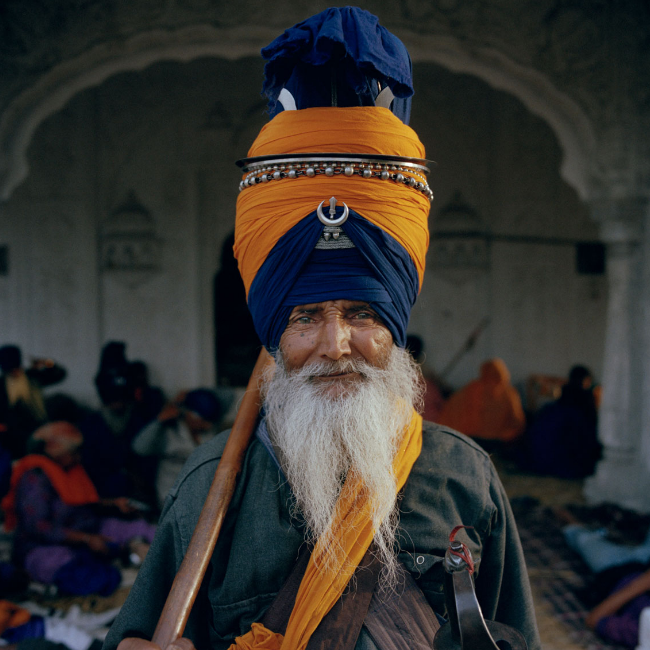 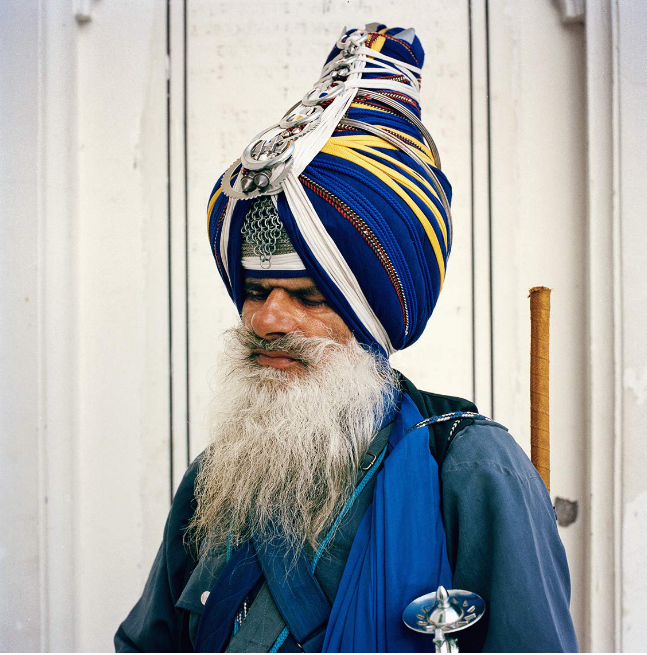 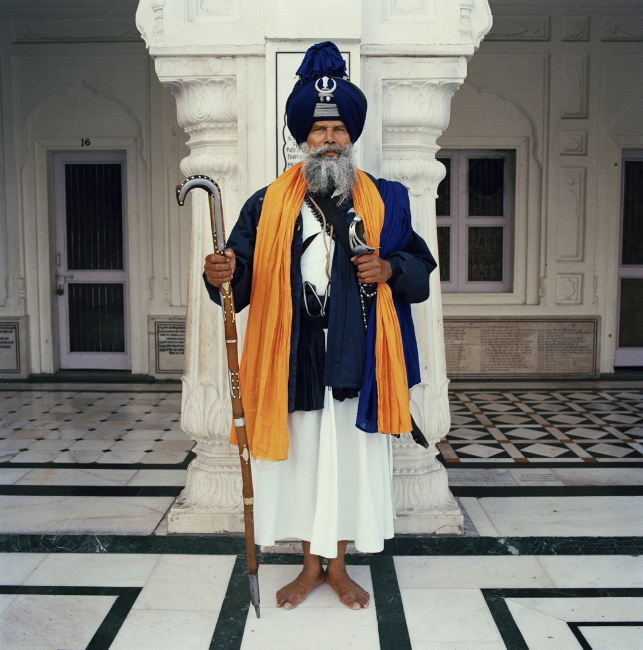 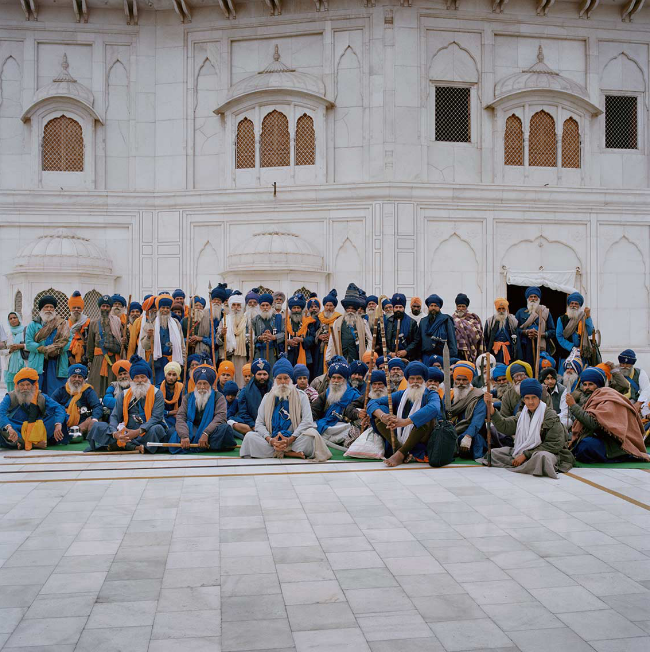 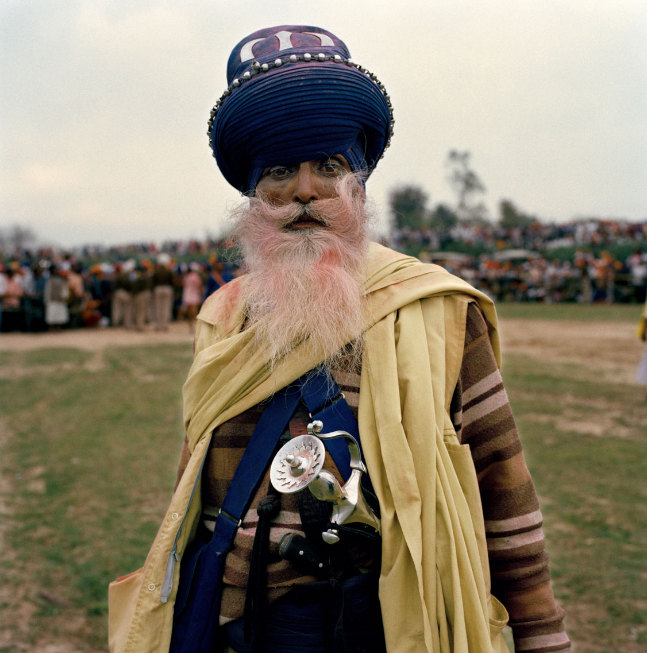 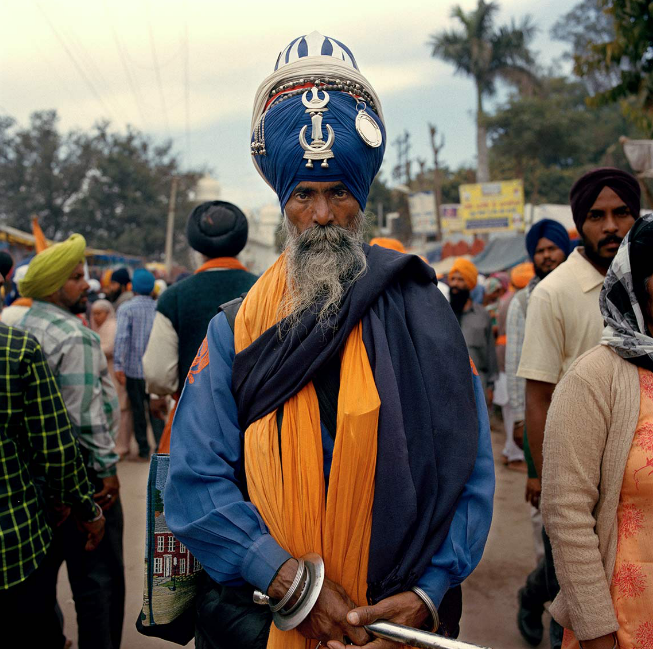 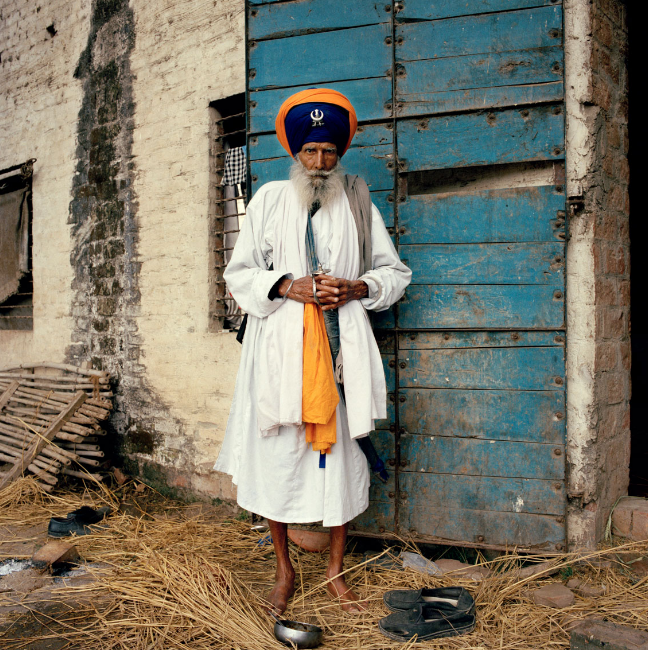 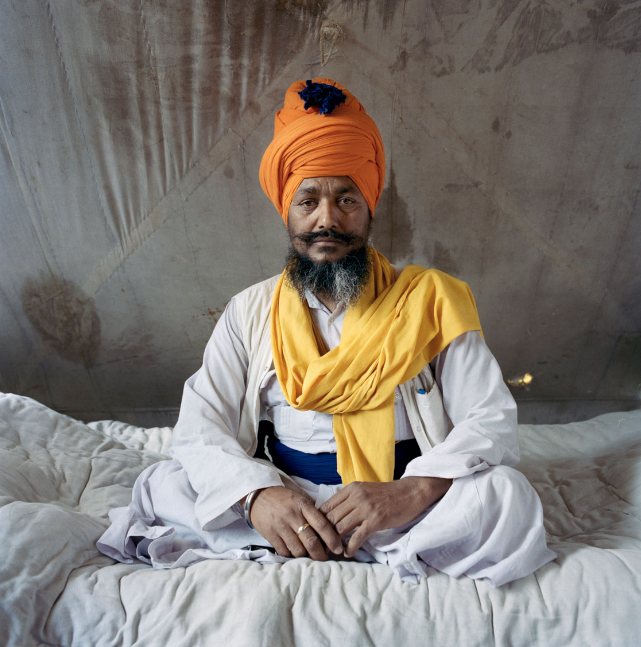 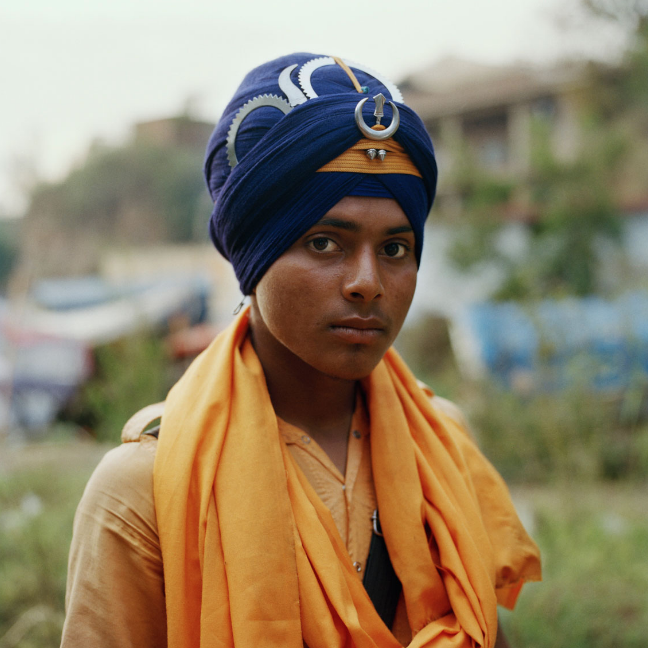 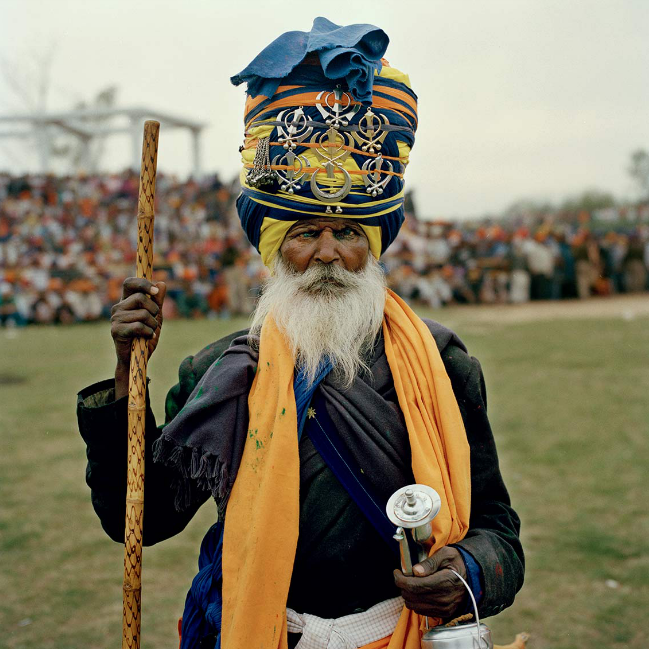 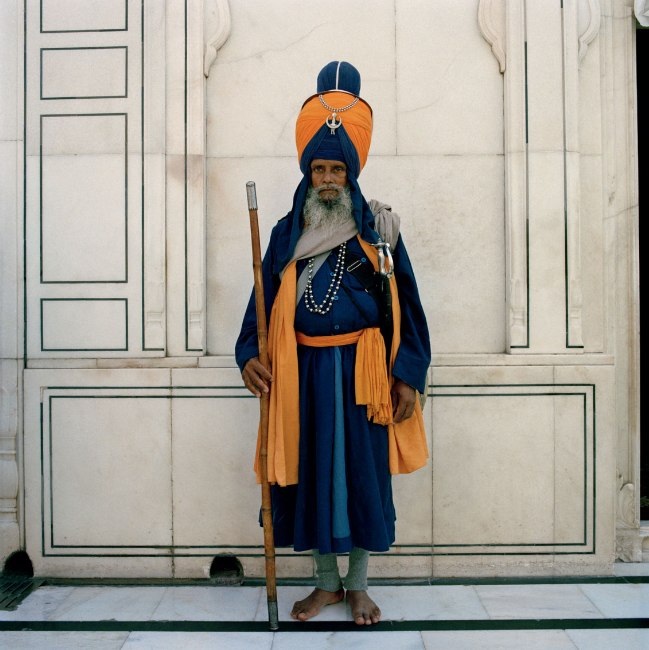 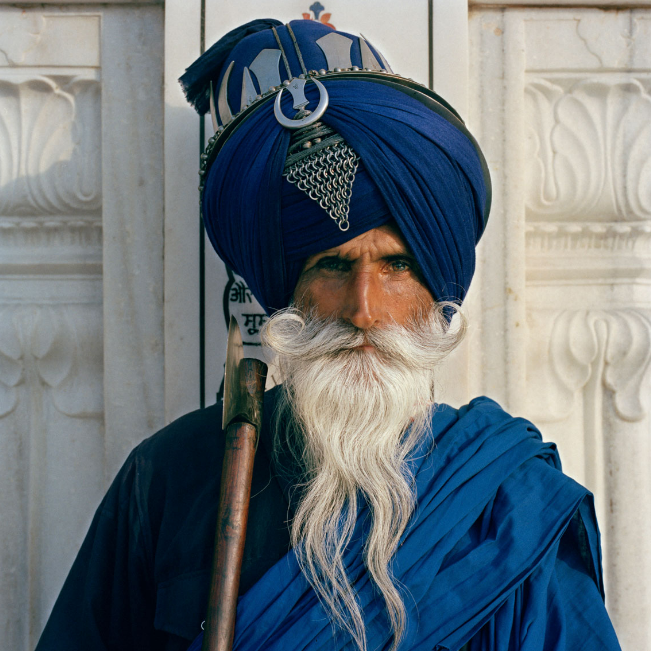 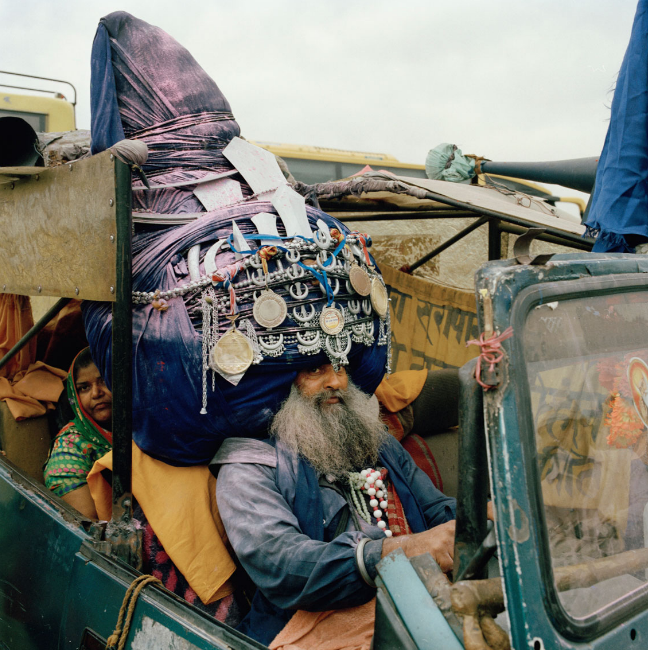 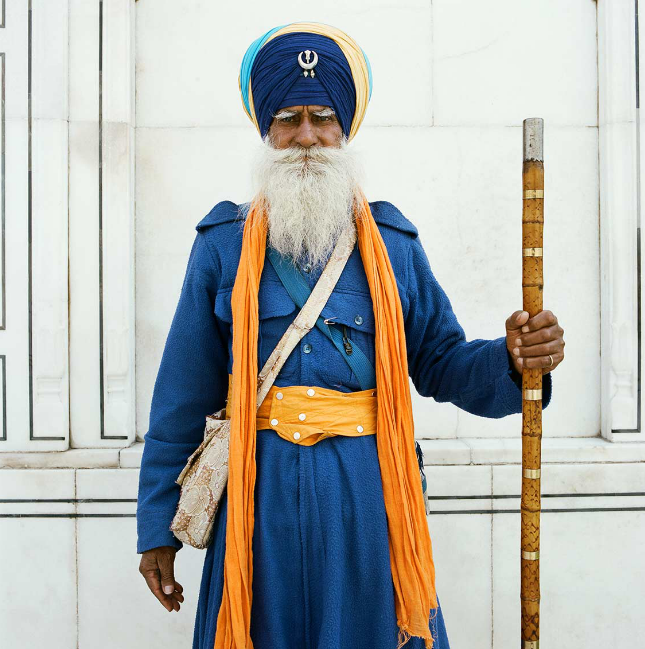 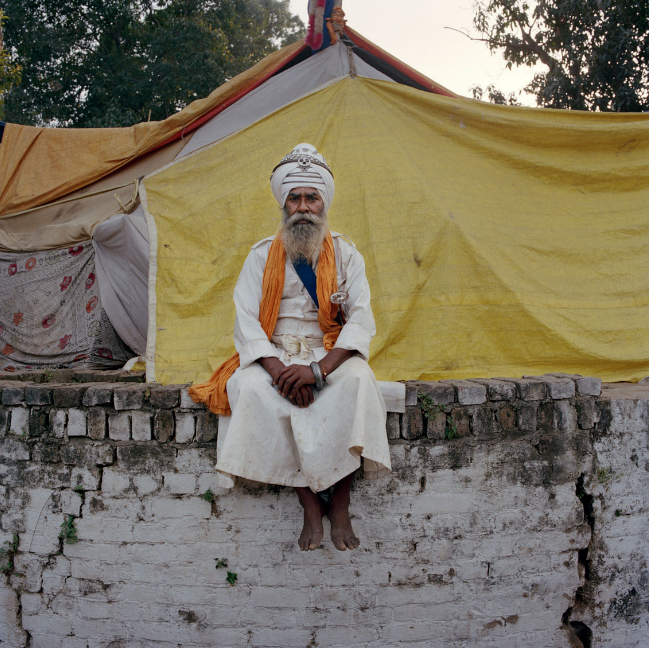 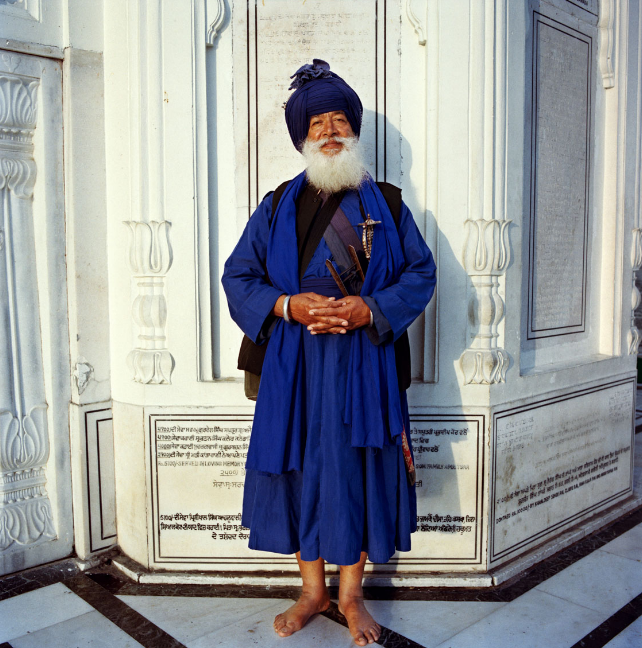 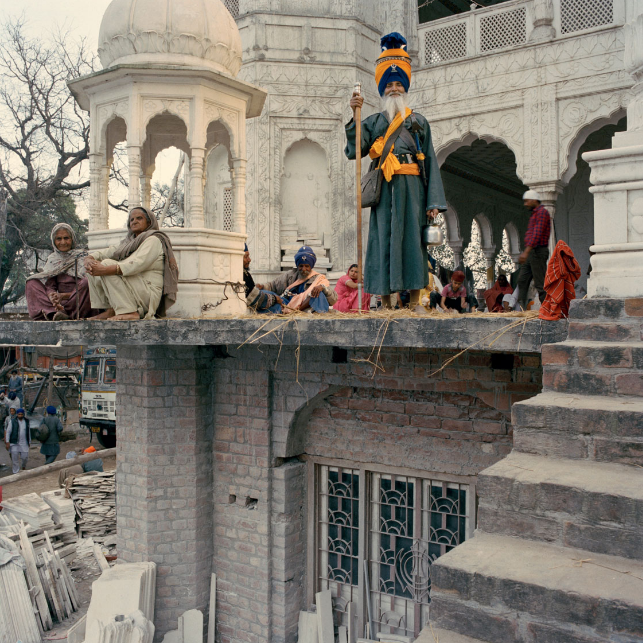 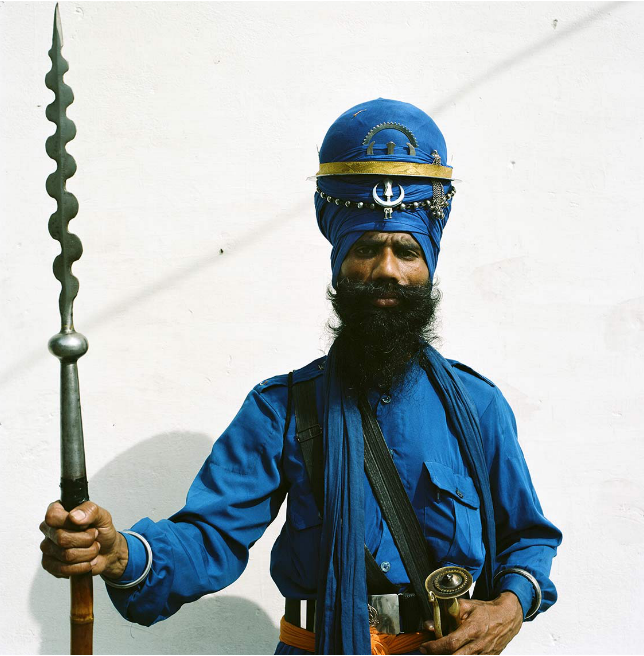 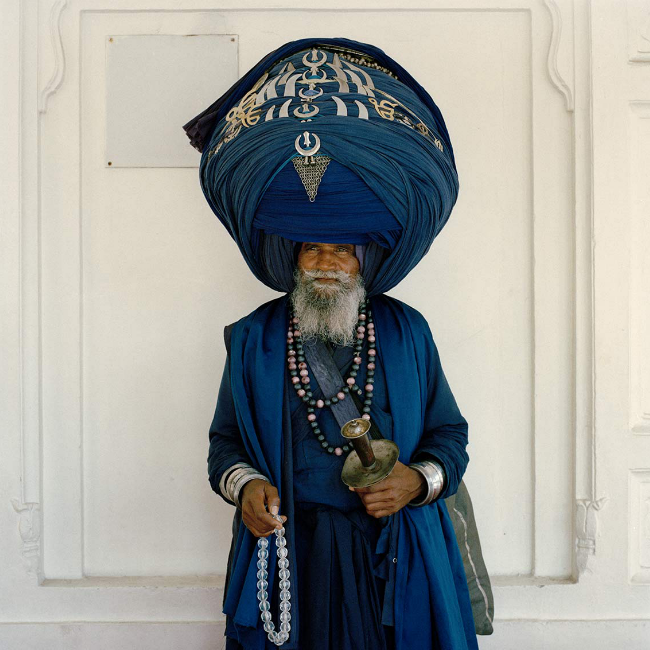 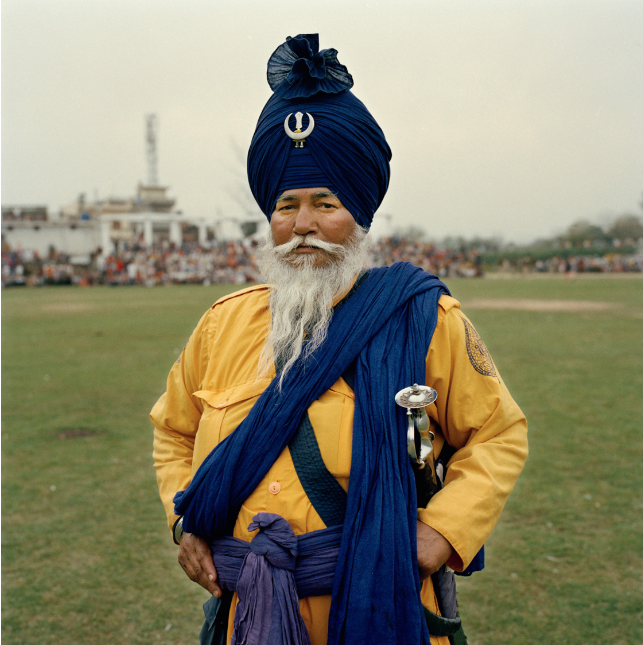 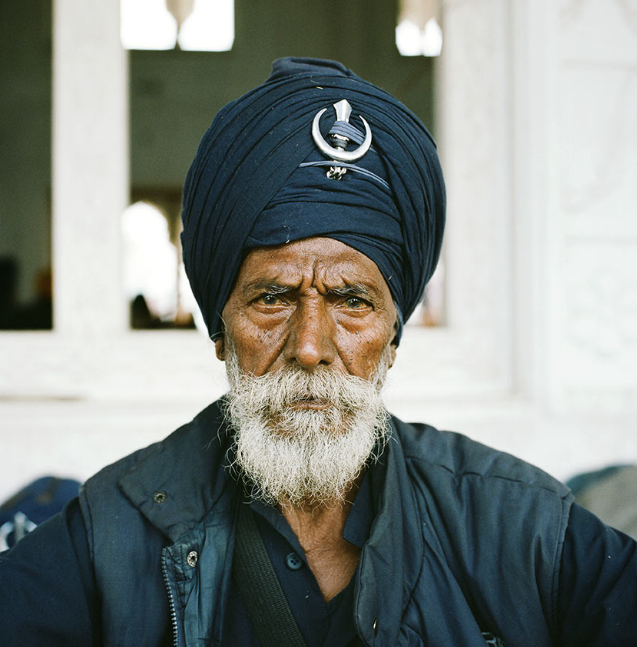 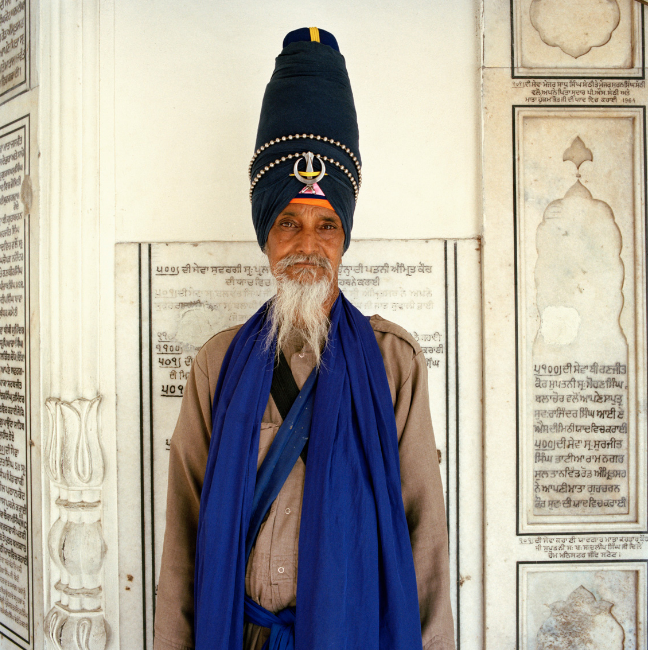