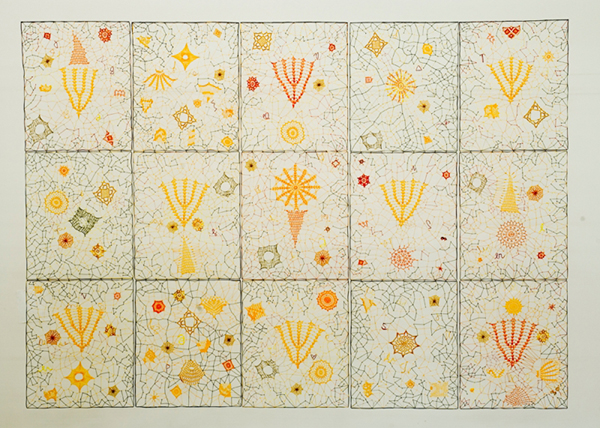 “All true artists, whether they know it or not, create from a place of no-mind, from inner stillness.” ― Eckhart Tolle

Gjertrud Hals is a gifted fiber artist that was born in 1948 on an island called Finnøya in Norway. This little island is profoundly anchored in Gjertrud’s heart, and her relationship with the region’s nature and culture is deep, complex and plays a large role in her work then and now. However, nature is not her only inspiration. It is true that often small pieces of natural life, like roots or branches are drawn into her works, but other times you’ll find small objects, such as plastic and metal in her linen and paper pulp weavings – appearing like small microcosmos’. Nordic mythology is also a great source of inspiration to Gjertrud, as she sees a parallel in the way in which modern human beings are always moving between chaos and order. Hals’ work beautifully capture traces of life – as time goes by, and proposes a stunning poetic dialogue between culture and nature.

Fiber art can be considered as both new and an old form of art. The use of fibrous materials and the appearance of the woven, knitted, printed, or in other ways treated materials has long appeared in our history. Traditionally, fibrous materials emerged as functional objects but in the aftermath of the WWII and with further investigation into the nature of an art object, fiber art slowly became a force in its own right.

Typically, fiber creatives use the method of weaving for the creation of their small or large pieces. However, next to this technique – artists are also known to practice the act of knotting, twining, plaiting, coiling, pleating, lashing, and interlacing. Fiber art may also consist of objects traditionally associated with textiles including clothing, rugs, linens and wall hangings.

For years the Norwegian artist has pioneered textiles by weaving different materials including iron and wire whilst exploring magical themes of time; the past and the present. Hals’ tends to focus on natural fibres that she transforms through various techniques such as weaving, knitting, casting, spraying and cutting. The high level of craftsmanship in her delicate work is admirable and breathtaking. It’s no wonder she has exhibited, and is represented in a number of public and private collections in Scandinavia, Europe, the United States and Asia. 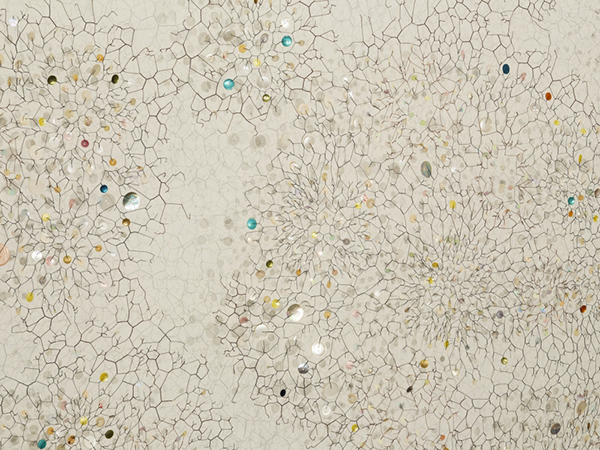 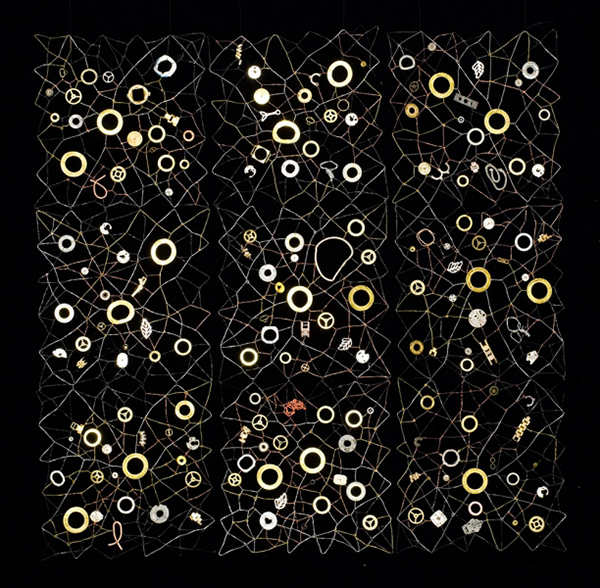 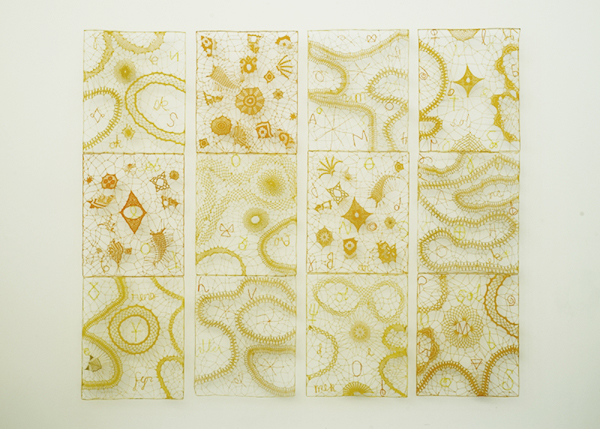